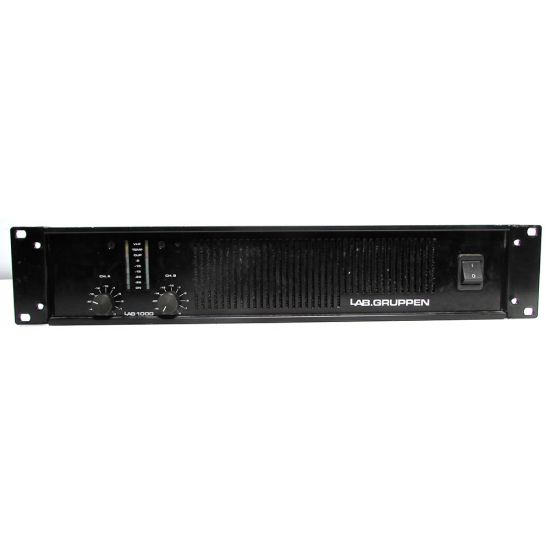 The 2 U (units) high welded chassis is made of 2 mm thick steel plate. The power transformer is of a twocoil low-loss type, mounted just behind the front panel, which gives the LAB 1000 a stable and balanced design. Both the power supply and the two output channels are cooled by two proportional speed fans, where the air flows from front to back. Twenty 250 watt bipolar power transistors constitute the output stages, which are totally complimentary. The power transistors are cooled by a solid copper cooler, called Intercooler(r), originally designed for our SS 1300 power amplifier. LAB. GRUPPEN’s specially designed thermal feedback circuit protects against thermal breakdown. The output stage is designed totally discreet, to get the best optimisation for linearity and bandwidth. The driver stage consists of an “enhanced cascode circuit”, which is differential symmetrical in class A, to achieve low distortion at high frequencies.