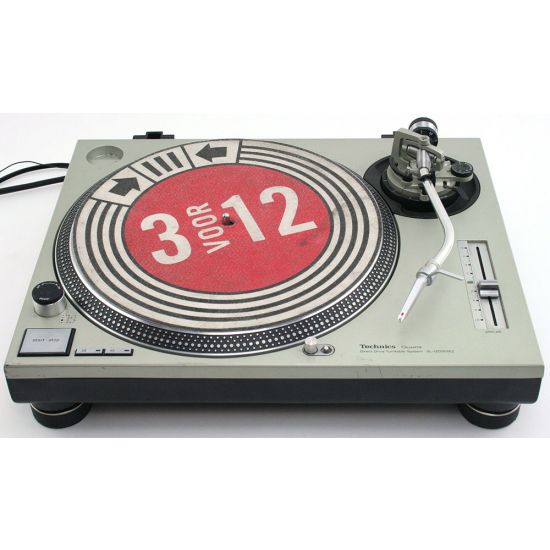 Technics SL-1200 is a series of turntables originally manufactured from October 1972 until 2010 by Matsushita under the brand name of Technics. S means "Stereo", L means "Player". Originally released as a high fidelity consumer record player, it quickly became adopted among radio and club disc jockeys, thanks to the direct drive high torque motor design, making it, initially, suitable for pushbutton cueing and starting of tracks on radio. Later, when the use of slip-mats for cueing and beat-mixing (and scratching) became popular, the quartz-controlled high torque motor system enabled records to be mixed with consistency and accuracy. A primary design goal was for hi-fidelity, but having good build quality, control over wow and flutter, and minimized resonance led to the equipment being particularly suitable for use in nightclubs and other public-address applications. Since its release in 1978, SL-1200MK2 and its successors have been the most common turntable for DJing and Scratching (also known as Turntablism).